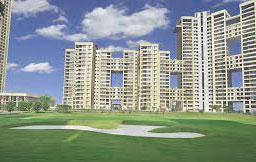 Jaypee Greens Kalypso Court becomes first project in contry to achieve completion via rehabilitation under RERA Act
Promoter Jaiprakash Associates Limited
After going through a rollercoaster ride of over a decade, home buyers of Jaypee Greens Kalypso Court Phase -2, located in JP Wish Town Sector 128 of Gautam Buddh Nagar, will finally receive their homes as the promoter of the society has received the required occupancy certificate (OC) for its remaining two towers.
According to a statement issued by UP Real Estate Regulatory Authority (UP RERA) on November 18, after obtaining the OC of its remaining two towers, 11 and 12, Jaypee Greens Kalypso Court Phase-2 has become the first project in the country to achieve completion via rehabilitation under provisions of Section 8 of RERA Act under supervision of UP RERA.
The promoter Jaiprakash Associates Limited (JAL) obtained the OC for the last two towers of the project from Noida Authority on November 17, 2022, the statement said.
Also read: Can homebuyers’ associations complete a stuck project under RERA?
Following successful receipt of the OC of 154 units in both towers, the promoter can now offer possession to allottees who have been stuck for over a decade, the statement said.
The homebuyers had booked their flats in the project in 2010-11, but the developer Jaiprakash Associates Ltd was only able to complete and deliver four towers before the expiry of its RERA registration.
#project #realestate #developer #society #homebuyers