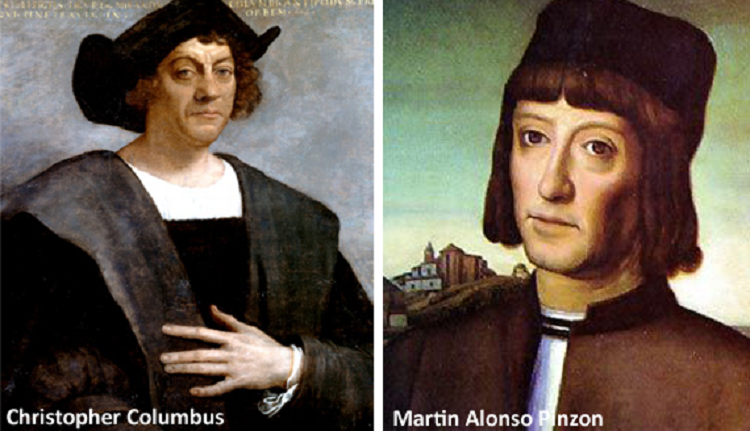 It may be true that Christopher Columbus discovered America, but not true, in absolute legal terms. As per court rulings it was Martin Alonso Pinzon, who discovered America, not Columbus.
That's the story you know but have you heard of Pleitos Colombinos? To understand this you have to know long series of lawsuits which ran from 1508 to 1536. It was bought by Columbus’s heirs, which happened to be the longest law suits in the history of World.
It goes back to signing of the Capitulations of Santa Fe in 1492. Spanish Crown, promised Columbus 10% of all the revenue from any lands he discovered. Columbus, was to get this revenue in perpetuity, by the above Capitulations, (agreement between royal family and civilian).
It meant that rights under the agreement were transferable to his heirs. In today's currency this contract would be worth over $100 trillion. This, would have made Columbus' family one of, if not the wealthiest, in recorded history. Jeff Bezos, are you reading?
But here the agreement was formal and was based on a series of negotiations between Columbus and the Spanish Crown. The documents were pretty complex and it actually took over 3 months to prepare it.
Everything, was not rosy amidst this rosy capitulation drawn for Columbus. He after discovering America, fell out of favour and the Royals reneged on their agreement.
Columbus spent his final day's in poverty and destitute. With the help of his supporters, he brought series of litigation against the Crown. The litigation dragged on for three centuries and involved ten generations.In Court, the Crown argued that new world was discovery of Martin Alonso Pinzon, the captain of the Pinta. He denied that Columbus, discovered the new world and hence, he denied to pay him in perpetuity. After long battles in court, both parties submitted for arbitration in 1536.
The parties delivered some promises under the arbitration proceedings, which included a payment of 10,000 ducats per year, to the heirs of Columbus. The one-tenth part of all the riches in perpetuity did not actually happened.
This was denied despite, there being a legit agreement between the parties. In today’s context, it can safely be concluded that Columbus didn’t have a good lawyer to draft and negotiate his capitulations.
What can you learn from the Capitulations of Santa Fe?
Well, we are not in the 1500s anymore. Contracts have evolved. lawyers have become smarter at creating enforceable contracts. One can't break it with ease and walk out of it. So next time, when it comes to Contract, hire a lawyer, who saves you from Columbus’ fate.
505